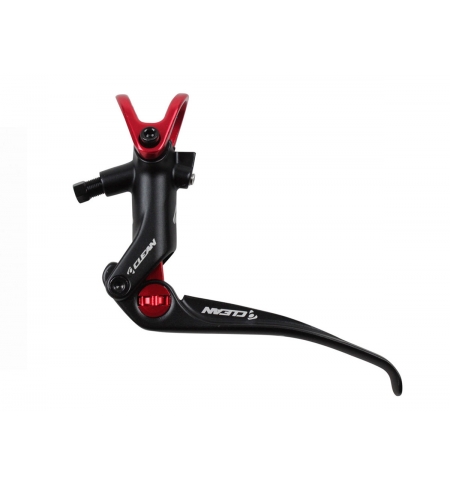 Hydraulic rim brake lever from Clean, designed for trials. The new version of the Clean Trials brake is ready !

The design has been fully redesigned and revised from the all the previous versions.

Notify me when available

The new versión of the Clean Trials brake is ready

The design has been fully redesigned and revised from the all the previous versions.

Developed and tested during some months by the team riders.

That new lever can be bled with distilled water, antifreeze or mineral oil. Its new seals, piston and inner treatment are prepared to avoid any problems if you want to bleed with water. We recommend bleed the brake with mineral oil if it´s used with Magura cylinders though

14mm piston with two seals. Special spring designed specifically for this piston. Ensures a solid movement inside the body and prevents leaking because of possible play. The attack angle between lenght of lever blade, pivot bolt and TPA wheel has been specifically studied for a better results

Flip-flop design, can be used as a right or left hand brake.

The lever blade has been totally redesigned, being so comformtable for the finger and saving some grams machining the material on the front side of the blade.

The clamp has been also redesigned. Now the lever can be removed from the handlebar without needing to remove the grips. We managed to keep the same round shape on the clamp to avoid leg damages with the bolts.

Together with the new clamp, we developed a wide area in the body which offers a lot of stiffness while braking, improving the feeling on extreme moves such a front ups on hook ups

TPA Wheel has a new o-ring system to avoid moving. It means the Wheel will be at the same place during all the riding.

Hose is connected with an M8 and olive (included), made in aluminium

Suitable with all the brake calipers in the market.